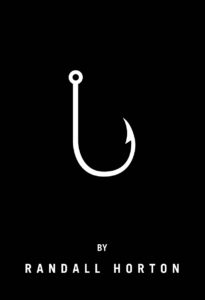 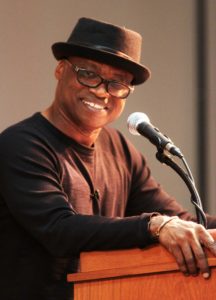 Randall Horton’s past honors include the Bea Gonzalez Poetry Award, a National Endowment of the Arts Fellowship in Literature, and most recently, a GLCA New Writers Award for Creative Nonfiction for Hook: A Memoir, published by Augury Books/Brooklyn Art Press. He is currently Poet-in-Residence at Civil Rights Corps, a non-profit organization dedicated to challenging systemic injustice in the American legal system in Washington, DC. Horton is a member of the experimental performance group Heroes Are Gang Leaders, which recently received the 2018 American Book Award in Oral Literature. He is an Associate Professor of English at the University of New Haven. Originally from Birmingham, Alabama, he now resides in Harlem, New York.

In a cerebral epistolary form full of gritty, thick description, Randall Horton has given us a meditation on life in America’s margins that lyrically splits the difference between memoir and treatise, diagnostic and self-refraction. The hard blues and abstracted truths delineated within Hook speak in a harrowing and omniscient tongue about the fates and the furies who bewilder and bedevil the complex human equations that pockmark the nation’s race, gender, and class inequities. Only a poet of the first rank could have made the social reporting and analytical bent of this opus sing with such brio and bravura. In this moment of Black Lives under the gun being said to suddenly matter, Horton has supplied us with fresh, in-depth reports from the gods and demiurges who haunt the details.

—Greg Tate, author of Flyboy in the Buttermilk

The tale many African American writers tell is often about survival. In the 21st Century one must ask how long the lash? How large the prison? Randall Horton breaks free in his memoir Hook just in time to remind our nation that there are many black souls in need of salvation. Black men are not missing or absent. We simply struggle to control our own narrative. Horton in Hook gives us letters of confessions without envelopes. He has written a book that tries to convince the human spirit to stay above water. We are not sinners but beautiful swimmers refusing to drown. Hook is the memoir Etheridge Knight might have written on those nights when a haiku became nothing but a shank. When memoir turns to flesh there should be baptism and truth. I continue to be haunted by the words of Randall Horton’s father—Please, please give me my boy back. His is a life worth saving. Hook is a book worth reading and might bless our eyes. Lord, after the long rain of tears, we need to see a rainbow. A fire burns in Horton’s hands. Hook should be the next book you read.

—E. Ethelbert Miller, Literary Activist and board chair of The Institute for Policy Studies (IPS)

Intense, beautiful and deeply moving, Hook: A Memoir is a commanding story about survival of the streets, survival of the self and the power of writing. I won’t stop thinking about this book for a very long time.

Review in OF NOTE Magazine

A slightly edited version of this piece appears in Hook: A Memoir through Letters.