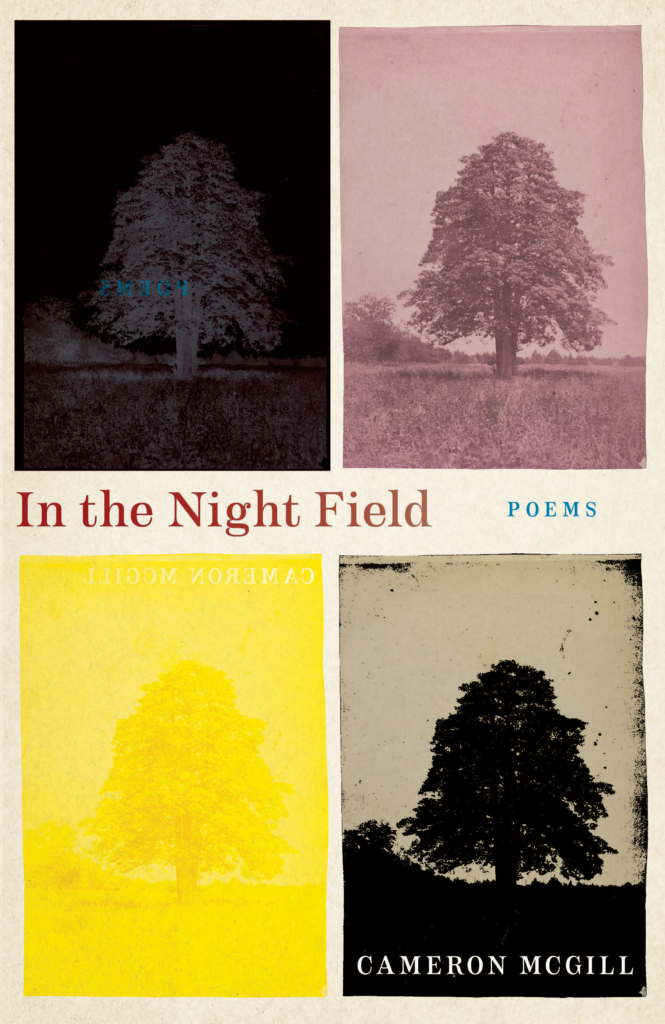 In the Night Field
Cameron McGill

"All fire and surprise, sadness and forgiveness...I could never say enough about the beauty of this work."

"McGill skillfully navigates the mysteries of relationship, memory, and regret as the best poets do."

"It’s been a long time since I have heard the 'god of small thunder' echo so powerfully in a collection."

Cameron McGill’s debut collection of poetry, In the Night Field, spotlights the effects of memory: its startling artistry, varied discontents, and casual fallibility. These poems chart the complex relationship between mental health and place; the difficult paths home can be lonely and circuitous, the emotional coordinates we map along the way a reminder of those intimate regions that hold and haunt us. These can be isolating passages, but are just as often fertile: “I walk further each day toward the strange / austerity my heart makes of reason.” Between the attentive, persistent self and the longed-for, absent other arises a fragmented conversation, an exchange that’s in a constant state of arrival. As McGill shows us, memories are a corrective, carrying back to us occasions for instruction, reconciliation, or in those astonishing flashes of clarity, what again hopes to be loved. 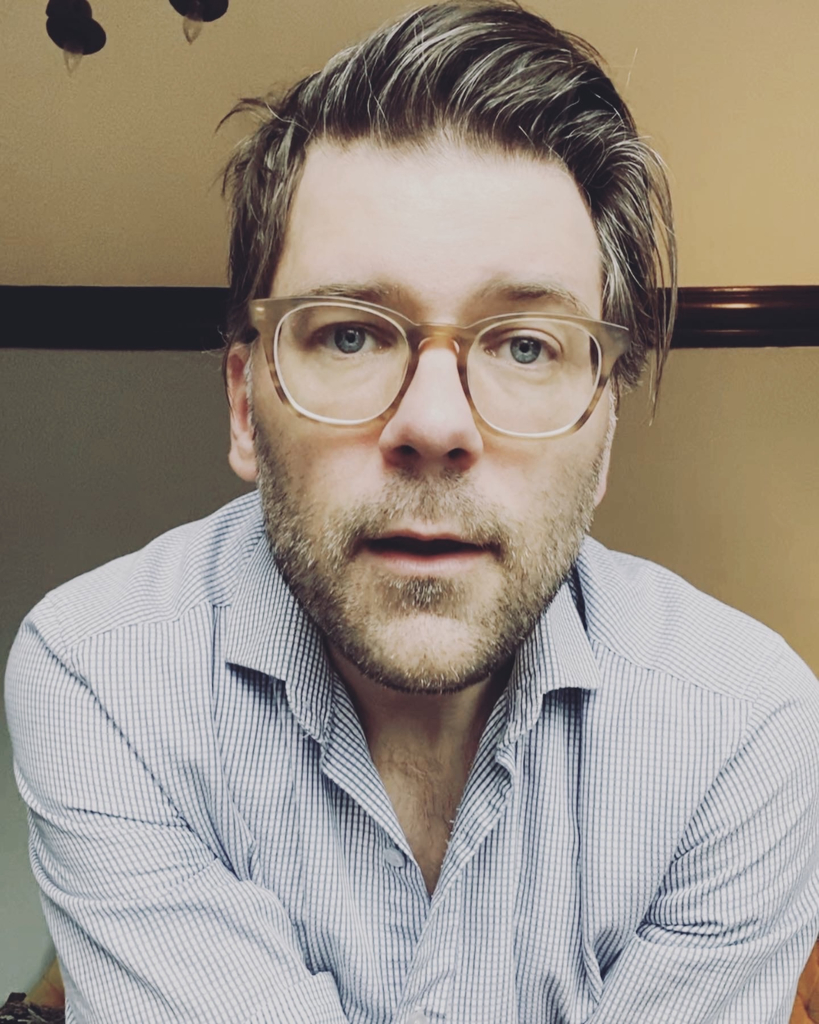 Cameron McGill is a poet and songwriter from Champaign, Illinois and the author of In the Night Field (Augury Books) and the chapbook Meridians (Willow Springs Books). His poems have appeared in The American Poetry Review, Beloit Poetry Journal, Grist, Raleigh Review, RHINO, and Western Humanities Review. His seventh album, The Widow Cameron, is forthcoming in fall 2022. He teaches at Washington State University, where he serves as co-director of the Visiting Writers Series. He lives in Moscow, Idaho.

Cameron McGill’s poems are all fire and surprise, sadness and forgiveness. In the Night Field, his brilliant debut, is a book about home inasmuch as anyone who makes a nomad of himself understands, “I’m less the buildings I used to live in/& more the strangers passing in their windows—.” McGill is a poet of the declarative mode, and he declares the surreal in ways that make the most dangerous of passions completely appropriate. I want to say more about how well these poems make use of timing such that they come off as pure song, but as I write, I’m realizing, I could never say enough about the beauty of this work.

—Jericho Brown, Pulitzer Prize winner and author of The Tradition

Cameron McGill is astonished by life, and by experience both vast and minute. His relationship to the language with which he expresses this astonishment is ecstatic and overflows with metaphorical delight. His poems are wonderfully full, energetic, and ardent.

—Vijay Seshadri, Pulitzer Prize winner and author of That Was Now, This Is Then: Poems

McGill shows us through his dark field: “I know myself by the things that scare me” with precise coordinates, pointing out the brightness: “gushing stars, snow on silos, heat lightning, a slingshot moon” he sees along the way. McGill skillfully navigates the mysteries of relationship, memory, and regret as the best poets do.

—Dorianne Laux, Guggenheim Fellow and author of Only As the Day Is Long: New & Selected Poems

Cameron McGill’s road-wise poems hopscotch from the Great Plains to the west of Ireland to compass points of somber interiority, reminding us, with their bottomless compassion for common lives, that witness is a form of tribute. Wright, Hugo, Roethke, those American masters of things that “open to darkness,” would surely welcome In the Night Field into their pantheon. It’s been a long time since I have heard the “god of small thunder” echo so powerfully in a collection. What a pleasure to have that music with us once more.

The Daily Everygreen: “You can be as creative with poetry as you want, it will match you step per step, and it’s incredibly flexible in that regard."

Arte Realizzata: "I like to focus on the fact that certain emotions are universal, that joy manifests itself in laughing or tears or a physical embrace. Poetry makes me feel more in touch with being human and thus more in touch with other humans and their experiences."

Raleigh Review, by Daniel Rottenberg, pg 54: "Meridians [part of In the Night Field] pulls no punches as it tightwalks the hazy line between place and memory: within these pages, McGill guides us from cold lakeshores and dark woods to hanging pictures of night-colored silos, and to melancholic mornings of pink fog and dubious clarity. In these poems, the concrete existence of nature and place reveal the instability of memory and the distressing, beautiful attempts to reconcile that instability with one's own identity and sense of self."

SPOTIFY PLAYLIST for In the Night Field

Click below to hear "MYTHOS," a sample poem of the audiobook.

Cameron McGill is available for Zoom appearances for book clubs and in those classrooms teaching his book. To put in a request, or for more information regarding discounts for paperback and ebook copies of In the Night Field, please contact Augury Books directly at info@augurybooks.com.