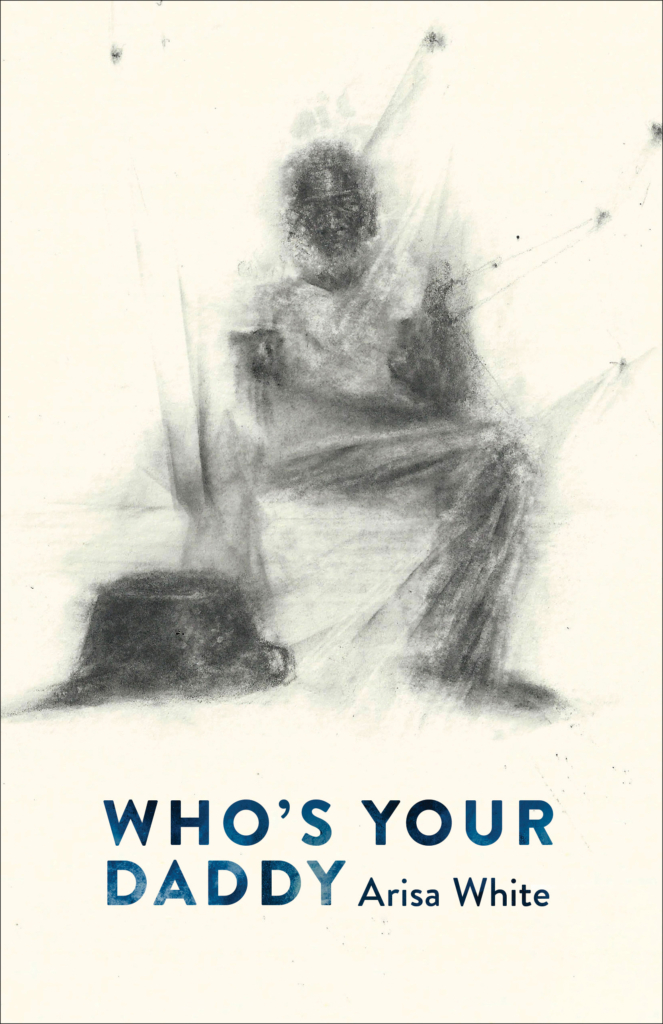 Who's Your Daddy
Arisa White

A lyrical, genre-bending coming-of-age tale featuring a queer, Black, Guyanese American woman who, while seeking to define her own place in the world, negotiates an estranged relationship with her father.

"This beautifully, honestly conceived genius of a book shook me to the core.”

"What she gives us are archives, allegories, and wholly new songs.”

“In these crisply narrative poems, which unreel like heart-wrenching fragments of film, Arisa White not only names that gaping chasm between father and daughter, but graces it with its true and terrible face."

“Arisa White channels the ear of Zora Neale Hurston, the tongue of Toni Cade Bambara, and the eye of Alice Walker in the wondrous Who’s Your Daddy. She channels Guyanese proverbs, Shango dreams, games of hide and seek, and memories of an absentee father to shape the spiritual condition. What she makes is “a maze that bobs and weaves a new style whenever there’s a demand to love.” What she gives us are archives, allegories, and wholly new songs.”

“In these crisply narrative poems, which unreel like heart-wrenching fragments of film, Arisa White not only names that gaping chasm between father and daughter, but graces it with its true and terrible face. Every little colored girl who has craved the constant of her father’s gaze will recognize this quest, which the poet undertakes with lyric that is tender and unerring.”

“Somewhere nearing its end, Arisa White says of Who’s Your Daddy, it’s “a portrait of absence and presence, a story, a tale, told in patchwork fashion . . .” This exactly says what Who’s Your Daddy is, though it doesn’t say all it takes to do justice to the mythic paradox an absent parent guarantees a child, young or grown, or what it takes to live with and undergo such birthright. There’s not only a father’s absence and presence, there’s a mother who says “you raise your daughters, and love your sons,” there are stepfathers, uncles, aunts, cousins, a grandmother, brothers, lovers, all of whom leave their marks and give and take love. Surrounding the whole book hovers the questions do I forgive him, and is forgiveness possible? This beautifully, honestly conceived genius of a book shook me to the core.” 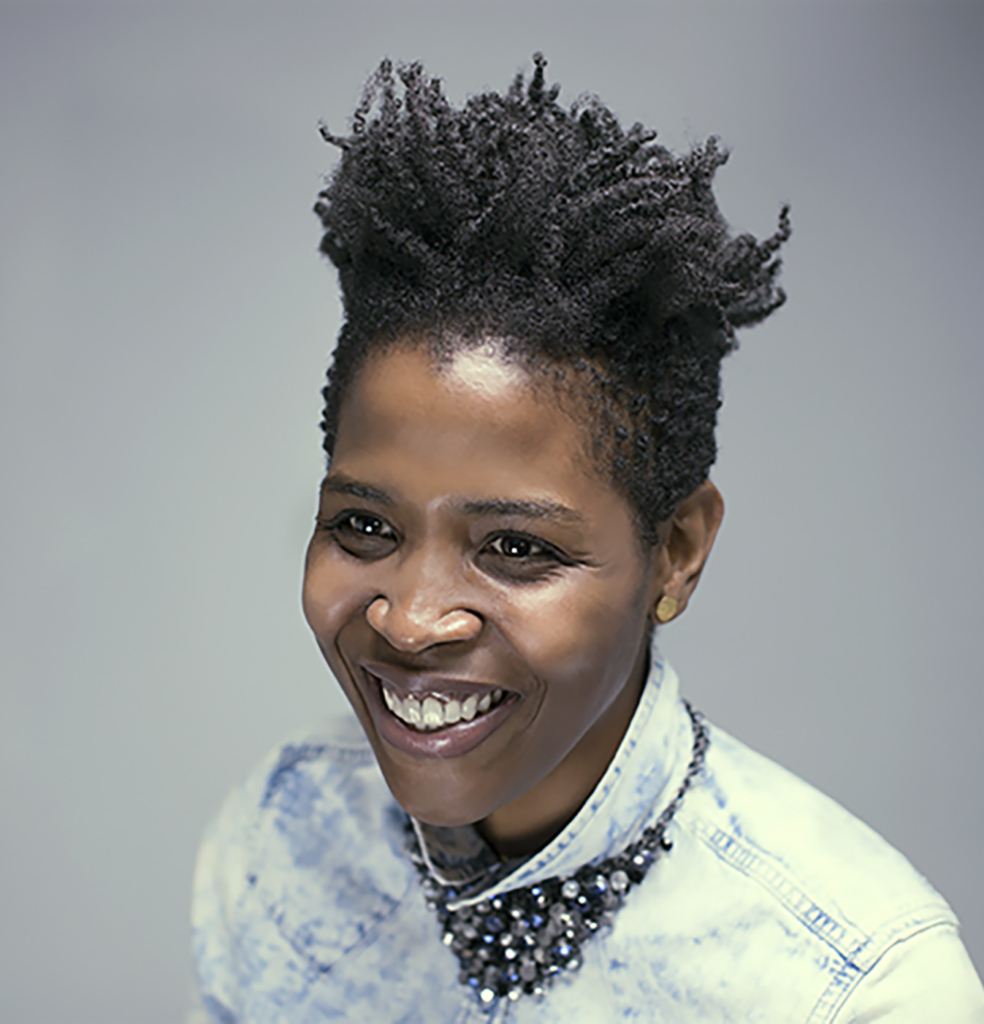 Arisa White is a Cave Canem fellow and an assistant professor of creative writing at Colby College. She is the author of four books, including the poetry collection You’re the Most Beautiful Thing That Happened, and coauthor of Biddy Mason Speaks Up, winner of the Maine Literary Book Award for Young People’s Literature and the Nautilus Book Award Gold Medal for Middle- Grade Nonfiction. She serves on the board of directors for Foglifter and Nomadic Press. Find her at arisawhite.com. (Photo: Nye' Lyn Tho)

The Believer, with Piper J. Daniels. "I believe the body is the verb and that’s how everything’s going to enter into being. My body feels like an instrument for those possibilities."

Writers Digest, with Robert Lee Brewer: "After sitting with the first draft for a few months, the latter half of the book taught me what I needed to call up from my childhood and adolescence to deepen and extend the metaphors that were appearing."

The Rumpus, review, Keisha Bush: "White renders the experience of Black womanhood onto the page in beautiful, musical prose poems that build an emotionally gripping arc to create this singular, innovative memoir."

Hazlitt, with Sarah Neilson: "I’ve been occupying the edges and the margins. If Gerald was a stranger to me, I was a queer. More than identity, queer is an action, a location. It’s a constant paying attention to the ways in which things shift and change and connect, and being able to create with that, make it usable. And to then use it for ourselves, to go deep and begin to uncover where it hurts and where it shines. Doing the work of uncovering, asking deep questions, and being willing to be more and more vulnerable until you start to bloom for yourself. Not needing to hide behind degrees and identities and the roles we play so we can function in the machine. Those things are like narratives too. They are narratives that we tell ourselves, that are told to us. And we need to break them every time."

San Francisco Chronicle, review, by Genevieve Walker: "[A] tense and moving portrait of what constitutes personhood, and what a person makes from what she’s been given."

The Adroit Journal, with Matthew Zapruder: “[W]hat I’ve come to realize is that through poetry I am charting the inner life, and often traces of that linger as object, in memory, in historical record. So now, I must investigate my own inner life and the inner lives of those around me. This is where that poetic impulse takes over, to wonder, turn over, feel and draw connections. When I’m reconstructing an inner life, my own included, I’m using my body as the verb—the is, to be—in metaphoric equations. It is through my metaphors that I’m better able to tell an emotional truth that often goes unnoticed.”

Pleiades, review, by Briana Swain: "These poems begin in the womb, not the womb of a physical body, but an ancestral energy that is nurtured and exposed while the speaker births herself."

Literary North: "The rhythm, for me, pulls everything together. The writing has this kinesthetic birth in the body before it gets to the page and I’m trying to language the best wordscore."

Coffee and a Book Chick: "Every word Arisa White wrote, I read each aloud. I liked the way the words felt. Meaty and thoughtful, filled with desperate love, painful awakenings, and more, Arisa White's Who's Your Daddy provoked images and feelings that made me feel strong, small, aware, different, and similar."

Emzi.Reads, Instagram: "White's psychological insights about absence, loss, love, and identity are powerful, perhaps in part because they are poetically framed and succinctly put. She does not overanalyze, but boils each question down to its core."

The Rumpus, Exclusive Cover Reveal for Who's Your Daddy: "In many ways, I thought going to Guyana was the culmination of this project. I’ve fulfilled my grant obligations; now I can rest. However, in that rest, Ogunyemi’s voice continued to seed ideas. By reading genre-bending work like Alexis De Veaux’s Yabo, Alexis Pauline Gumbs’s Spill, M. NourbeSe Philip’s Zong!, and Emerson Whitney’s Ghost Box, I started to imagine nuanced ways I could write Who’s Your Daddy and center the poetic in everything—it is poetic movement and its disobedience to causality that allowed me to move through space and time and affectively represent how I respond to the question of, who is your daddy?"

A Conversation with Kate Angus: "I was crafting a father’s absence and poetry was the best way to language the glimpses, the unseen: it offered freedom from cause-and-effect. Memory happens like poetry to me. It emphasizes the image and its emotional resonance and it leaps and associates, making metaphors to form connections. Because I was trying to connect with what was gone, to what was driving my unconscious behaviors, what was shaping my fears, and connect to what I was grieving. Poetry and the lyric gave me the space to explore and find my way to my father."

A Conversation with Kathleen Kelly: "One of the ways Who’s Your Daddy came to be was from a series of community writing workshops I facilitated in the San Francisco Bay Area. I held space for people to write letters to their estranged, absent, and dead fathers and patriarchal figures. Through a call for submissions, and by way of these workshops, folks could exchange their letter with me for a chapbook of epistolary poems that I addressed to my father. Reading their letters were humbling—we all shared similar stories, we all seem to have the same father. We were all working through similar personal problems and doubts. Recognizing that I’m not alone decentralizes the I, makes it less self-centered, which can be the downfall to any memoir, and more intersectional. When writing from a place of connectivity, interconnectedness, from a healed wound, the writing itself will be an extension of the ways that you are whole." 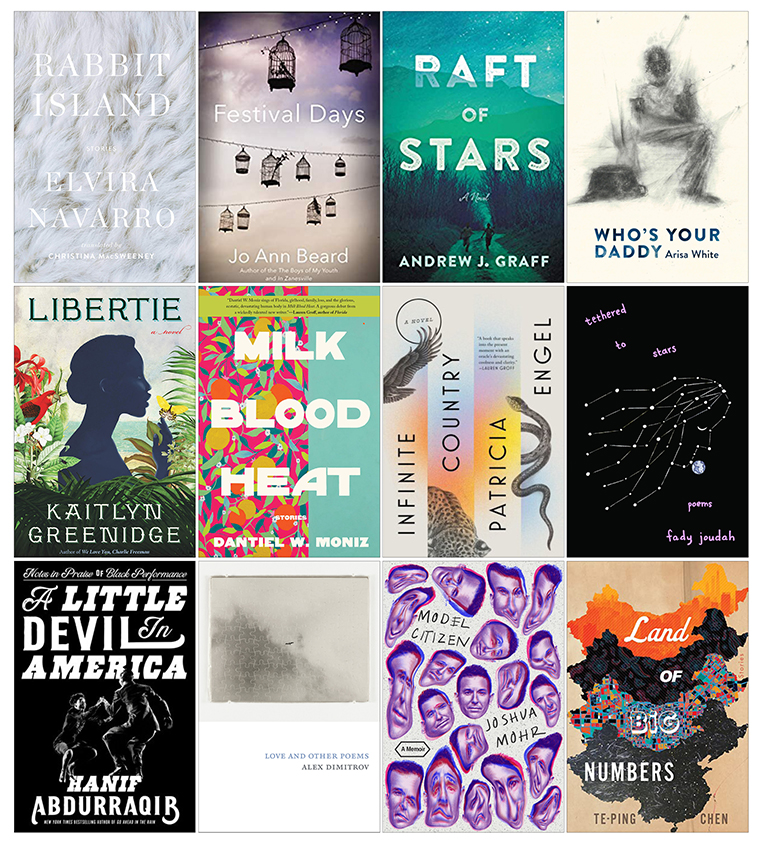 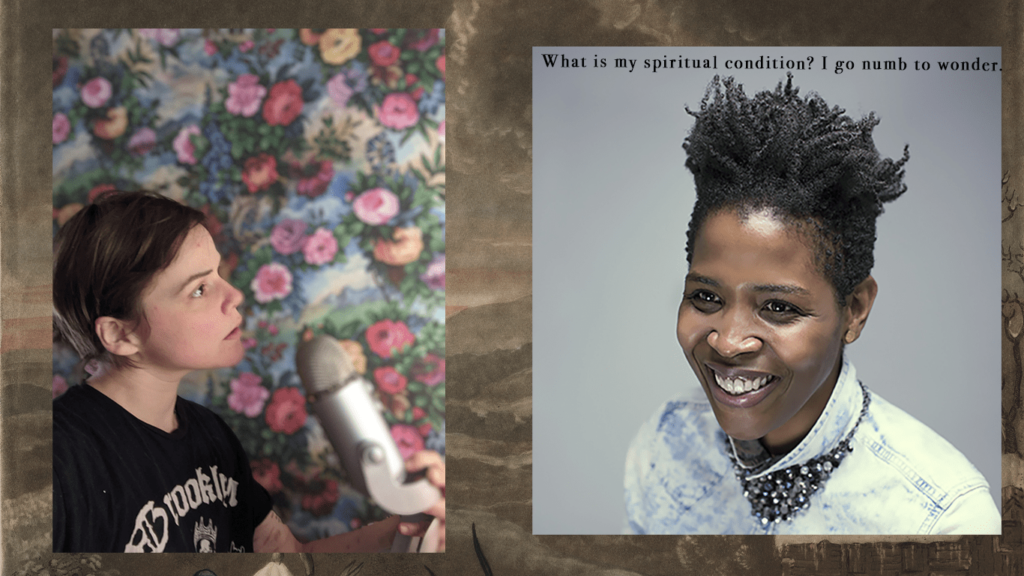 Click here to view a pdf excerpt of Who's Your Daddy

Arisa White is available for Zoom appearances for book clubs and in those classrooms teaching her book. Discounts for paperback and ebook copies of Who's Your Daddy are available by contacting Augury Books directly at info@augurybooks.com.