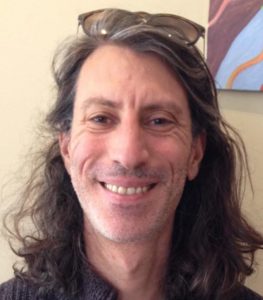 In the sequel, things get bloody. Suspense mutates to horror; body counts escalate. The start of Halloween II recaps the climax of Halloween I: Jamie Lee Curtis stabbing her brother Michael Myers with a knitting needle in the neck, wire hanger through the eye. Donald Pleasence, playing the psychiatrist Sam Loomis, shoots Michael six times. He falls backwards off the second story balcony,only for the camera to reveal the imprint of his body on the flattened grass.

Once it starts moving forward, the sequel allows us to witness the illusion of change over time. Despite the promise of closure, events rarely decloud. The neighbors, hearing gunshots, emerge from their suburban homes; terrycloth bathrobes, cordless phone. The father says: “It sounds like the death out here.” Gravely, without a hint of kitsch, Loomis replies: “You don’t know what death is.”

The conclusion of the previous story: my father, desperate for his mother’s whispery absolution, had forcibly removed me from her deathbed. I was furious (on my way out, I ripped a healthy leaf off the ficus in the foyer), but something in me had softened. My father was, for once, human, vulnerable. Despite his conviction that each of life’s mysteries would, if discovered, submit to structuring principles, his heart still held. As grandma died, I sat in the back of Dad’s car, my knees folded up against the passenger seat’s magazine pocket. I popped honeyed peanuts, kept myself busy with a graduate seminar paper due the next week: why, in Night of the Living Dead, George Romero placed so much weight on the zombies’ orgiastic consumption of the flesh they tore from the living.

At some point, I noticed that one of Dad’s onyx cufflinks lay on the floor mat; probably he didn’t know it had fallen. This resparked my resentment. I hated his mad professor routine. Even then, the man ran into doors.

Whatever benediction he received from my grandma didn’t open him. To his credit, he didn’t videotape grandma’s funeral (as he had taped my twin brother’s funeral). Otherwise, he made no further effort to close the gap between us. When I married Yukiko, our gift came right off the registry. He was skeptical, he said, of inter-species relationships. He sneezed at her relatives from Osaka without covering his nose.

As this sequel gets going, some fifteen years after the original, I am resetting the rubber seal inside my coffee maker, which this morning had leaked sizzling black drops onto the stove coils.

My father, I would guess, is sitting on the rollout couch in my sister Linci’s home office, pouring reduced-fat milk out of his tennis shoe.

The behaviors we once called neurotic or flighty now alchemized into disease.

I take my Gaia Organic Blend coffee onto the front porch. I pick up a snail, set it on my palm. It moves a millimeter forward, then stops. It’s dead, killed by the salt of my sweat. Wait: its slimy head just popped out. Thank goodness it’s still alive.

I set it on the ground. Then I step on it.

In the sequel, I am an associate professor at UC Berkeley. Tenured. I am also, until this afternoon, the pre-eminent zombie specialist on the planet. The one who, at the café, substitutes the word “brains” for “beans” in photo-journalistic captions describing the coffee production process. “Once the brains are checked in and graded, they are spread by hand onto drying patios. The brains are baked periodically to ensure even and complete drying.”

And my father? He’s the man who, mealy-eyed, holds court with some form of invasive and irreversible dementia. He’s the one in the McDonald’s, cutting open and emptying packets of mustard onto the tray while I order for him a Diet Fanta and a Quarter Pounder. Which he doesn’t know to unwrap, and, once unwrapped, can’t bring to his mouth.

Robert Glick is Assistant Professor of English at the Rochester Institute of Technology and the Senior Prose Editor of Versal. His work can be found in The Gettysburg Review, Denver Quarterly, Black Warrior Review, and The Normal School. In 2013-14, he has won the Summer Literary Seminars Center for Fiction Prize, the New Ohio Review Fiction contest and the Diagram Essay Contest.
The story this excerpt comes from, “Hotel Grand Abyss,” has been previously published in Copper Nickel 15.