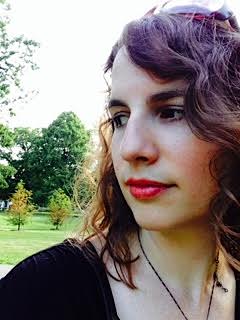 Say Something Nice About Me

After six indecisive years together, I told Gregory, “If we don’t have a kid, I’m leaving.” He worried about overpopulating the earth, but I knew he also feared being alone. So we had this ravenous infant, a fitful sleeper, and I was sure the marriage wouldn’t last anyway.

Naomi was almost ten months old when I invited my college roommate and her fiancé down from Ontario. I was lonely in Helena but didn’t say so; instead I said I wanted to meet Freddie before the wedding. I wanted them to see how beautiful my girl was. My life felt small and unremarkable in most ways, but having a baby still seemed like an accomplishment worth bragging about.

Kim’s silkscreens of densely populated cityscapes were hanging in corporate offices all around the US, but she rarely talked about her own accomplishments. Even so, Gregory had never thought she was as fun or talented as I did. He was not thrilled about the visit, but at least he was willing to watch Naomi crawl through the unkempt grass in the backyard while I put clean sheets on the guestroom bed.

Sara Schaff’s fiction has appeared in FiveChapters, Southern Indiana Review, Carve Magazine, and elsewhere. A graduate of Brown University and the MFA program at the University of Michigan, she has taught in China, Colombia, and Northern Ireland, where she also studied storytelling. Sara is a visiting assistant professor of creative writing at Oberlin College. Find links to her work at saraschaff.com.