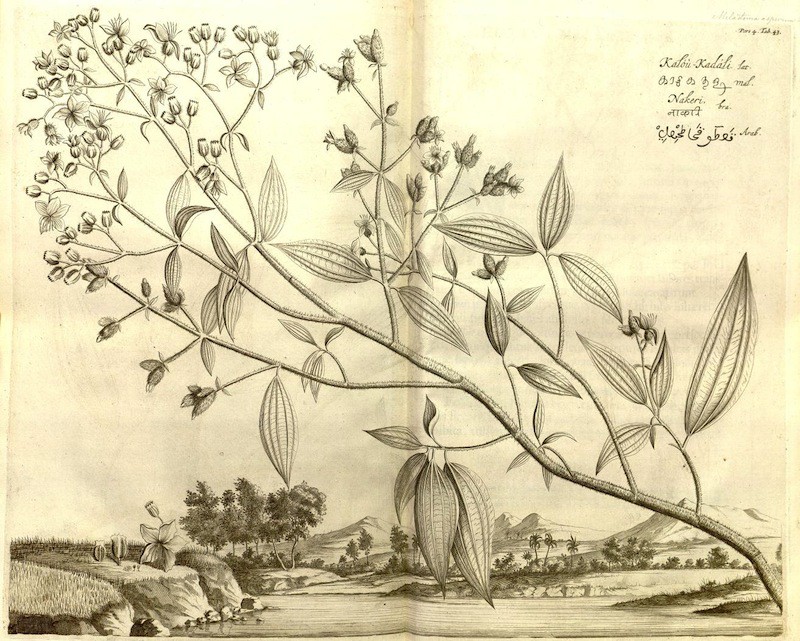 From Hortus Malabaricus (1678-1693), courtesy of the Public Domain Review

On the first Wednesday of each month, The HiFi Reading Series takes place at the HiFi Bar in the East Village. Coordinated by Ryan Britt and Lena Valencia, the program seeks to reveal new and upcoming writers in NYC. Recently, Augury chatted with Ryan Britt about the series:

Augury Books: What prompted you and Lena to start the HiFi Reading Series?

Ryan: Lena and I have been friends and colleagues for a number of years. We’ve been in a writing group together since 2011 and we both worked at powerHouse Arena Bookstore in Dumbo on and off for ages. Lena was the event director at powerHouse and as such is super-organized and excellent at programming. Meanwhile, I’m a fair “hype man.” The honest truth is we wanted to do a reading series that actually DID showcase new talent, rather than just curate all our cronies.
Why HiFi? Well, I’ve been a patron at HiFi Bar since 2005. I snuck into a Death Cab for Cutie after party and the owner (Mike Stuto) has been nice to me ever since. All the bartenders at HiFi are readers. Over the years I’ve felt truly at home there. So, when Mike asked me if I wanted to do a reading series, it was perfect timing because Lena and I had been talking about doing something anyway.

R: The reception has been totally positive. We’ve had a great turn-out from the very first show. Part of that I think is because the audience changes depending on who the readers are. People who have never done a reading invite all their friends and suddenly we’ve got a bar half-full of people who have never met each other. We also have a core audience of literary NYC folks. Some editors, agents, publicists, and of course, authors!
Our show tends to be pretty short and sweet, so I think people like that, too. We had a nice write-up in the New York Observer late last year.

A: What events do you have planned for the future?

We’ve got a really cool 2015. Jim Shepard is guest-curating in August. He’s such an interesting guy and I already know for a fact that he’ll present some kind of diverse line-up that blows our minds. That’s part of the fun of doing this series. Lena and I are often meeting the people reading for the first time through their reading for us. It’s great.
We’re doing an event centered around this great short story anthology called WATCHLIST. Most importantly, we’ve got exciting guest-curators showing up new talent EVERY SINGLE MONTH on the first Wednesday.