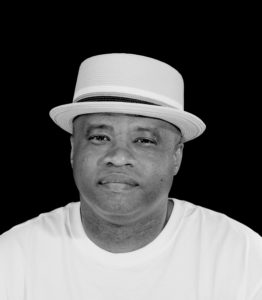 We script our lives on reaction rather than action, meaning our daily life is always in response to, or a reply to, a command or demand. The world uses us in that way—we are the backsided-brainwash of society’s failure—the aftersound of oppression, but we know this maxim, and yet become willing participants to our own commodification. The world does this to us—holds us down. Then too, I’ve been thinking about the question you pose with regards to women and believing. Perhaps images and how we nurture young women as a society creates this insecurity. The American Dream chokes little girl’s dreams insomuch as not all of them will be able to live up to ideal beauty as constructed by benefactors of the dominant narrative, or those who dictate the ebb and flow of how we live. Beauty is a dangerous thing, and understand, Brown and Black women historically bear the weight of civilization, in addition to their own weight, which, at times, can be daunting. But more than that, the male plays a role in this insecurity, especially in these so-called streets, by his rejection of the woman as equal counterpart and anything other than “sexual object.” We just wanna love and have some warm body love us back—objectification is a delicate balance.

In other words, I saw it play out often with men who dominated women to the point they broke their spirit and stole their sound. The women couldn’t speak of their own oppression because they had no language to express the unimaginable, reminding me of Pudding and Sunshine who prostituted. Pudding was her abuser wrapped in a six-foot frame complete with a gold tooth. Sunshine adored Pudding so much she strolled around Logan Circle in DC every night selling the one commodity she knew well, and that was her[self]. Here’s the oxymoron: Sunshine never saw the light. Darkness choked her to death. She never got to understand we are the shadows in the dark novelist Toni Morrison talks about. We play between histories. Our sound originates from the breaking of sound—and then again. Like life, language is only the beginning and perhaps in its death, too, comes a new beginning, a new language.

At any moment I am inside your peripheral vision, imagining with exact description, the six by nine cell you sleep in, in all its isolation because this is, indeed, something I can reinvent from memory. The gray cinderblock serving as the prison’s architectural foundation is always already present. The dull silver ambiance from the metal toilet emits a lackluster glow. Blue could be the sky’s temperament on a November day when the fading brown leaves, that once seemed verdant, swirl from trees nowhere in sight as you struggle to breathe free air. Lxxxx, I have been thinking long and hard with regards to confinement, and the bordering of color, and how we as a society have imprisoned ourselves within the complexity of skin, as if human survival depends on this one specific thing.

Of course, I could make a conscious effort to avoid color or not invade your personal space trying to make a parallelism, but history can be unforgiving in how the past (re)constructs the future, whether we acknowledge it or not. For some reason, I feel our histories and futures intersect insomuch as we come from the same memory. In other words, I have inhabited the cell door clang, and I can’t ever escape that stagnant image of the pinstripe inmate constructed. There it is again, that word: construct or construction, which is another word for confinement on someone else’s term, a sort of deliberate scaffolding of a misguided structure. If I could go back to that initial moment after the formulation of earth—I’m talking about the first glorious sunrise after the Big Bang. Have you ever wondered what that feeling could have been like? If only someone could have been present after the bang—the explosion of particle-antiparticle into space-universal—suspended liquefied darkness. In the beginning a delayed oceanic swirl lacked blue, foliage lacked green—: construction had not begun. If only someone could have stopped progress at that precise moment. To see something neoteric and novel coming off the horizon must’ve been glory hallelujah.

Randall Horton is the recipient of the Gwendolyn Brooks Poetry Award, the Bea Gonzalez Poetry Award and most recently a National Endowment of the Arts Fellowship in Literature. Randall is a Cave Canem Fellow, a member of the Affrilachian Poets and a member of The Symphony: The House that Etheridge Built. Randall is Assistant Professor of English at the University of New Haven. An excerpt from his memoir titled Roxbury is published by Kattywompus Press. Triquarterly/Northwestern University Press is the publisher of his latest poetry collection Pitch Dark Anarchy.