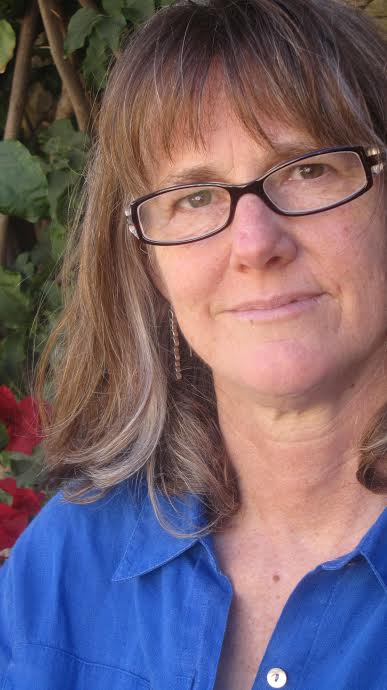 “Home for Wayward Girls” from the eponymous collection

It’s a Thursday night when the police knock on our door.  The knock is like any other but when I open it, they fill our front stoop with their largeness, their dark uniforms, guns and billy clubs.  Through the open windows of their car, I can hear the police radio reporting crimes.

The bigger of the two asks to speak to my parents and since my father has had Beefeater’s all night, I call out “MOM!”

“Oh my,” is what she says when she rounds the corner, like she is expecting the paper boy collecting, or girl scouts selling thin mints.  Renee is right behind her and the three of us face them but nobody asks them to come in.  Renee’s got a piece of lace showing at the scoop of her pullover. It’s from the bra she just got at Sears and I know because I was with her when she tried it on.  It’s tan, but Renee is so fair, it might as well be brown against her vanilla. The guy doing the talking, the bigger one, whose navy blue uniform shirt is all untucked on one side, where the billy club dangles—he’s not even pretending to know that staring’s impolite.  He is focused on where that lace disappears.

“We’ve got a warrant to come in and find a runaway—Larissa Kramer?”

“She’s here,” my mom says. “She’s staying with my daughter.  Her parents kicked her out.”

“Well, they may have, but they want her back now.  You can send her out or we can come in and search, Ma’am.”

“Amelia, go get Larissa,” she says.  “Hurry,” she adds, so I run, even though we are not allowed to run in the house.  I barge in without knocking, another rule I’m breaking, because the New Orleans Police Department is at our front door. But what I see is Larissa already halfway out that bedroom window.  Gina’s standing there holding the pulled out screen, like it’s a poster board presentation for school.

I take my time walking back to the front door, not knowing whose side to be on—let Larissa get a headstart, or let the policemen know she’s escaped, and halfway to Kabel Drive by now. I give her some time, since she’s on foot, barefoot, and they’ve got cars. Worse than that, guns.

Melanie Bishop’s young adult novel, My So-Called Ruined Life (Torrey House Press, 2014) was a top-five finalist last May for both the John Gardner Award in Fiction and CLMP’s Firecracker Awards. Bishop has published fiction and nonfiction in Glimmer Train, Georgetown Review, Greensboro Review, Florida Review, Puerto del Sol, The American, Potomac Review, Vela, and Family Circle. She received a screenwriting fellowship from the Chesterfield Film Project, co-sponsored by Universal Studios and Steven Spielberg’s Amblin Entertainment. For 22 years, she taught creative writing at Prescott College in Arizona, where she was Founding Editor, and Fiction/Nonfiction Editor of Alligator Juniper, a national literary magazine, three time winner of the AWP Directors’ Prize. Currently Bishop lives in California, where she’s an editor and a writing coach, and hosts retreats in Carmel-by-the-Sea. She reviews books for Carmel Magazine, New York Journal of Books, and Huffington Post.