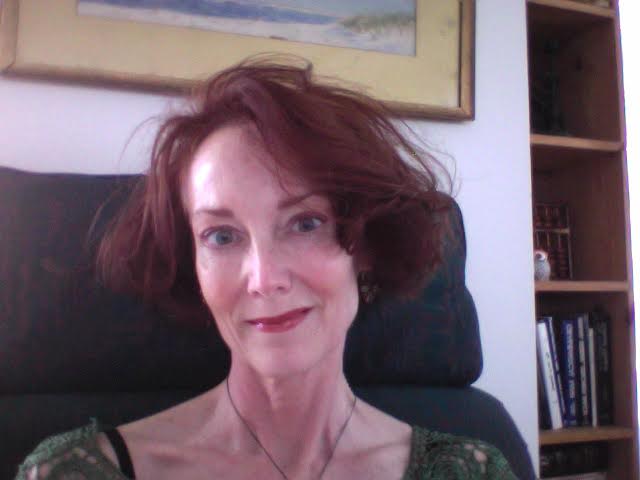 I have gone back in time and am on the porch, writing the Great American Novel, waiting for my father to die.  It has already happened, but I have undone it and am enjoying the moments with the words and the slick writing pen with its fluid stream and the paper, not to mention the drill-beaked hummingbird that hovers, hums and sucks at the red plastic flowers that are little fructose ducts to the kool-aid-red sugar water within. The tiny bird reverberates, then flits away spilling one droplet, and the past is gone, time shifts back to the present, and my father is dead.

I do not go inside to get the phone when it rings; I know my husband will answer its toll, just as I know he will open the screen door and take two tentative steps onto the porch and say, “Your father has died.”

There is nothing much for me to do with this choice piece of news my husband has just handed over to me like the Sunday Times.  The big blue jay sits in a low branch, parallel with me in my canvas butterfly chair which has wings of its own, and we eye one another.  I do not trust him at all.  He will smash other birds’ eggs and sup on the unhatched chicks. Like Cronos, I think to myself.  But some will survive.

The news is no good.  You wonder if it ever was, but when these things happen, you’re sure it has been better than this.  This is the worst.

Mary Larkin won the Southern Indiana Review Mary C. Mohr Editors’ Award in Fiction for her story “All That Was His,” 2012. She received Honorable Mention in Broad River Review’s 2013 Ron Rash Awards judged by Jill McCorkle. Larkin’s fiction has been anthologized and appeared in many journals, including Shenandoah, TheChattahoochee Review, The Nebraska Review, Cutthroat: A Journal of the Arts, Inkwell, and others. She is a Pushcart Nominee, a Writing Fellow of the Virginia Center for the Creative Arts, a 2015 Writing Fellow of The Hambidge Center, and the recipient of Hollins University’s Andrew James Purdy Award as well as their AWP Intro Journals Award nominee. Larkin received her MA in Creative Writing from Hollins, and her PhD in Creative Writing from Florida State University. She has work forthcoming in Arts & Letters, Spring, 2016.