We’re so excited for the upcoming Augury Books & Friends offsite AWP reading/shindig in Seattle. We have a great list of readers (see below), each of whom will read briefly and then we will make new friends and maybe even fall in love during the post-reading mingling. The reading will be at Noble Neon, 3130 Airport Way S this Friday, February 28th from 7:30 until we all feel like going back to our hotels.  If you’ll be in Seattle, please join us! 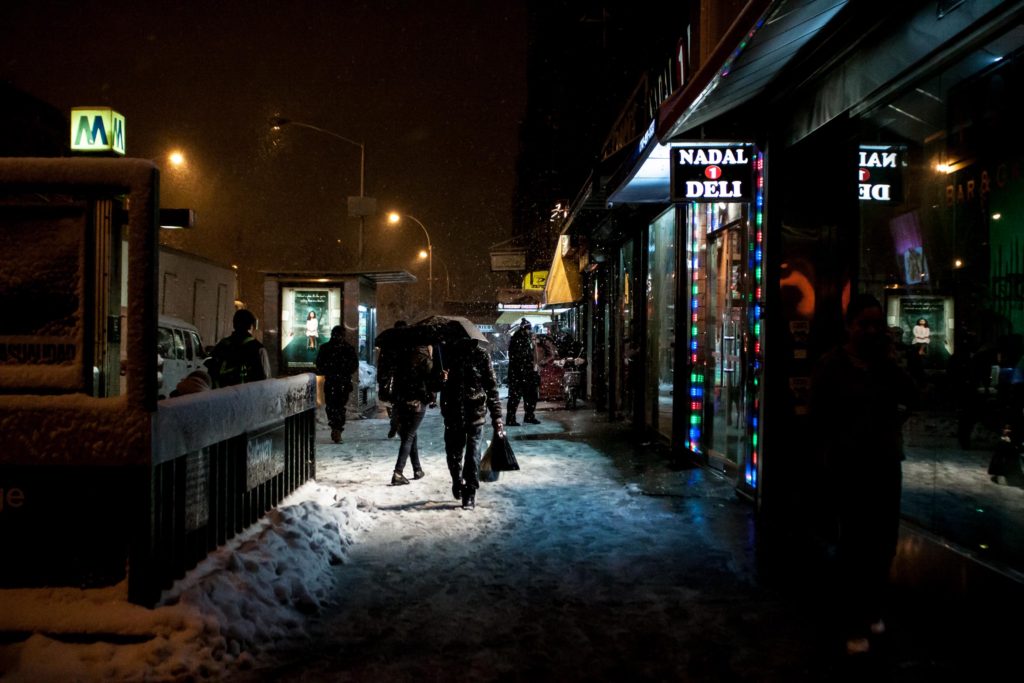 Our readers (in alphabetical order) will be:

Halina Duraj‘s stories have appeared in The Sun, The Harvard Review, Fiction, Witness, and other journals. She has an MA in creative writing from the University of California, Davis, and a PhD in literature and creative writing from the University of Utah. In 2012, she was a writer-in-residence at Hedgebrook, a women’s writing retreat on Whidbey Island, WA. She teaches at the University of San Diego, where she also directs the Lindsay J. Cropper Center for Creative Writing. She is the author of THE FAMILY CANNON (Augury Books, 2014), now available.

Alison Espach is the author of The Adults, a New York Times Editor’s Choice, a Wall Street Journal Top 10 Novel of the Year, and a “Barnes and Nobel Discover Great Writers” pick. Her other writing can be found in McSweeney’s, Five Chapters, Salon, The Daily Beast, Glamour, Writer’s Digest and other journals. Her short story “Someone’s Uncle” is available as an e-book through Scribner.

Lia Hall writes in neon. She co-founded Noble Neon illuminating words and shapes with noble gases. She teaches yoga and lives in the Old Rainier Brewery in Seattle. She received her MFA in Poetry at the New School in 2009.

Lauren Hunter is from North Carolina and lives in Brooklyn. She received her MFA in poetry from The New School and works with the team at Telephone Books as their Managing Editor. Lauren is the co-founder/curator of the Electric Pumas, a reading series/revolution in New York City. Her chapbook, My Own Fires, was released by Brothel Books in 2011.

Cynthia Lowen is an award-winning filmmaker, writer, and poet, and author of The Cloud That Contained the Lightning, winner of the 2012 National Poetry Series selected by Nikky Finney. Cynthia is the recipient of the 2013 Women Authoring Change Fellowship from William Morris Entertainment, the DuPont-Columbia University Awards for Excellence in Journalism, and the Discovery/Boston Review Poetry Prize, as well as residencies to The Fine Arts Work Center in Provincetown, Hedgebrook, and Yaddo, among others. Cynthia is also the producer and writer of BULLY, a feature documentary film following five kids and families through “a year in the life” of America’s bullying crisis, which was released in theaters worldwide by The Weinstein Company. She lives in New York City.

Karyna McGlynn is the author of I Have to Go Back to 1994 and Kill a Girl, winner of the Kathryn A. Morton Prize from Sarabande Books, as well as two chapbooks. Her poems have recently appeared in Ploughshares, The Literary Review, Seattle Review, West Branch, Subtropics, and The Academy of American Poet’s Poem-A-Day. Karyna received her MFA from the University of Michigan, and is currently a PhD candidate in Literature & Creative Writing at the University of Houston. She is the Managing Editor of Gulf Coast and coordinator for the Houston Indie Book Fest and Gulf Coast Reading Series.

Patrick Moran is a 1995 graduate of the Iowa Writer’s Workshop. He is the author of four books of poetry, Tell A Pitiful Story, (MWPH, 2011), Doppelgangster (Main Street Rag Press, 2012), THE BOOK OF LOST THINGS, (Augury Books 2012), Rumors of Organized Crime, Poems & Plays’ 2013 Tennessee Chapbook Prize winner. He is also the author of “The Ampersand: Casual Vortex or Engraver’s Shortcut,” which appeared in the 2013 September issue of The Writer’s Chronicle. His poems and translations have appeared in many journals including the New Republic, The Antioch Review, The Prairie Schooner, The Southern Review and The Boston Review. He is currently an associate professor of creative writing at the University of Wisconsin-Whitewater.  His lives in Fort Atkinson, WI with his wife, the painter Bethann Moran, and their three children.

Frances Justine Post is the recipient of the “Discovery” / Boston Review Poetry Prize, the Inprint Paul Verlaine Poetry Prize, and the Amy Award from Poets & Writers. Her poems have appeared in American Letters & Commentary, Boston Review, Denver Quarterly, The Kenyon Review Online, The Massachusetts Review, Pleiades, Western Humanities Review, and others. Originally from Sullivan’s Island, SC, she received her MFA from Columbia University and is currently earning her PhD in Creative Writing at the University of Houston, where she is poetry editor for Gulf Coast Magazine. She is the author of BEAST (Augury Books, 2014), now available.

Alicia Jo Rabins is a poet and musician currently based in Portland, OR. Her work appears in American Poetry Review, 6×6, Boston Review, Court Green, Ploughshares and The Collagist.  She tours internationally with her band, Girls in Trouble, a song cycle about the complicated lives of Biblical women, and has performed fiddle music across Central America and Kuwait. Residencies and scholarships include Bread Loaf Writers Conference, Lower Manhattan Cultural Council, and Bucknell Seminar for Younger Poets

Camille Rankine is the author of Slow Dance with Trip Wire, selected by Cornelius Eady for the Poetry Society of America’s 2010 New York Chapbook Fellowship. The recipient of a 2010 “Discovery”/Boston Review Poetry Prize, her poetry has appeared in numerous journals, including American Poet, The Baffler, Boston Review, Denver Quarterly, Indiana Review, Octopus, Paper Darts, and  Tin House. She was selected for aÂ MacDowell Colony Fellowship in 2013, and was named an Honorary Cave Canem Fellow in 2012. She is Assistant Director of the MFA Program in Creative Writing at Manhattanville College, Editorial Director of The Manhattanville Review, and lives in New York City.

Diana Spechler is the author of the novels Who by Fire (Harper Perennial, 2008) and Skinny (Harper Perennial, 2011). Her fiction and nonfiction have appeared in the New York Times, the Wall Street Journal, Slate, Salon, O The Oprah Magazine, CNN Living, Paris Review, GQ, Esquire, Glimmer Train Stories, and Southern Review, among other publications; as well as in a number of anthologies, including, most recently, Sex Matters: The Sexuality and Society Reader (W.W. Norton, 2013) and True Tales of Lust and Love (Counterpoint/Soft Skull, 2014). She is the recipient of an MFA degree from the University of Montana, a Steinbeck Fellowship from San Jose State University, a LABA Fellowship from the 14th Street Y, residencies from the Anderson Center and Portsmouth Abbey School, and a fellowship from the Sozopol Fiction Seminars. She is also a six-time Moth StorySLAM winner whose stories have been featured on The Moth podcast and The Moth Radio Hour.